April 10, 2012
For many retailers, promotional giveaways can be a great way to increase foot traffic, build excitement for the brand and ultimately create leads. A recent promotion we launched for Ripano Stoneworks accomplished all three. 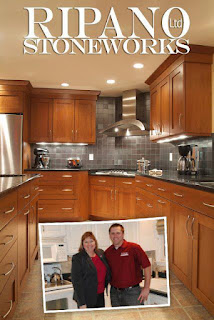 Ripano’s “Granite Giveaway” event promoted through traditional and social media created a buzz for the National Fabricator of the Year with the giveaway of a granite countertop to one lucky homeowner. The event was a success creating hundreds of leads for follow-up and sales were strong. Pictured here is Ripano’s Matt Laliberte with the winner.

February 07, 2020
"Neither snow nor rain nor heat nor gloom ... will stop our video crew from getting to their shoot" On location today at The Prescription Center.  # videoshoot   # videoproduction   # burkeadvertising   # onlocation
Read more
February 05, 2020
Thank you Cheap Trick & Rick Nielsen for the view.  # nhrocks   # agencyfun   # burkeadvertising
Read more
February 03, 2020
Towle Whitney is a premier manufacturer of water pressure booster pump systems. We gave them a boost with new content, graphics and SEO strategy. Take a look at  towle-whitney.com.   # WebUpdates   # SEO   # BurkeAdvertising
Read more