March 03, 2010
NBC dominated TV ratings last month with the 2010 Winter Games. It has been reported that NBC drew an average audience of 27.6 million viewers for the USA vs Canada gold medal game on Sunday.
Members of the Burke Advertising crew could not have predicted the excitement when we produced an interview with NBC hockey analyst Mike Milbury last month. The hour-plus long interview with Bob Lobel and Jack Heath became two episodes of the Burke Advertising produced show Sports Legends New England. The former Bruin entertained with one our best interviews only days before he headed to Vancouver to be part of Winter Games history. 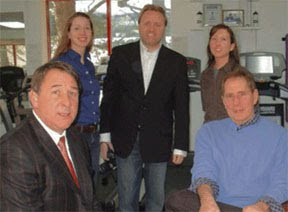 February 07, 2020
"Neither snow nor rain nor heat nor gloom ... will stop our video crew from getting to their shoot" On location today at The Prescription Center.  # videoshoot   # videoproduction   # burkeadvertising   # onlocation
Read more
February 05, 2020
Thank you Cheap Trick & Rick Nielsen for the view.  # nhrocks   # agencyfun   # burkeadvertising
Read more
February 03, 2020
Towle Whitney is a premier manufacturer of water pressure booster pump systems. We gave them a boost with new content, graphics and SEO strategy. Take a look at  towle-whitney.com.   # WebUpdates   # SEO   # BurkeAdvertising
Read more